Research on Love and Happy Couples

This author summarizes the psychological research on love between romantic partners.  The author’s point of view regarding the most vital factors needed to sustain romantic intimacy is discussed, along with the impact of culture differences on this relationship.  Furthermore, the importance of emotional well-being for physical health and the most injurious emotions according to research is reviewed. 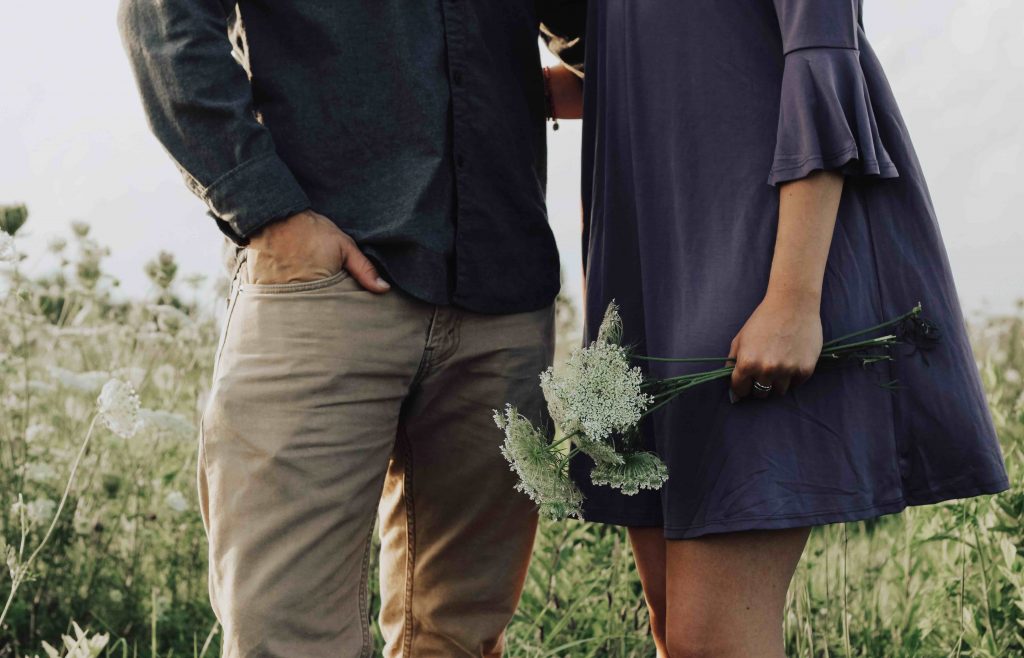 Research shows that love between couples is a dynamic, on-going process (Compton & Hoffman, 2013).  It is not a simple destination that one arrives at, and then doesn’t have to be concerned with anymore.  Stress, personal growth, life events all influence love and satisfaction, which continues to vary over time.  Confidence, integrity, gentleness, warmth and the ability to love is seen as highly sought- after traits in a partner (Compton & Hoffman, 2013).  Nervous habits, worry, self-absorption and strange quirks are found to be just the opposite.  They are highly undesirable traits in a partner.  Studies show that happier couples are more supportive, laugh more often, and withhold comments that might be perceived as negative to the other partner.

Both husbands and wives listed several qualities (Compton & Hoffman, 2013) as most important to a successful marriage.  These traits were:  liking the spouse, believing in long-term commitment, regarding the spouse as best friend, agreeing on goals, wanting the relationship to succeed, holding marriage as sacred, and seeing their spouse as growing more interesting over time (Compton & Hoffman, 2013, p. 111-112).  Studies show that the way in which we view our significant other, cannot be underestimated in a relationship, as positive romantic illusions are central in successful relationships.   Happier individuals were most optimistic about their future relationship, held exaggerated believes about the control they had in the relationship, and continued to idealize their partner’s positive qualities.

The Gottman’s found in their studies that happy couples communicate ongoing admiration, interest and fondness for each other.  They have a genuine interest in each other, their lives, and their activities (Compton & Hoffman, 2013).  Similarly, Skolnick (Compton & Hoffman, 2013) found that specific behaviors or acts were not so important for relationship satisfaction and love.  Instead she found that the relational processes and the manner they were conducted as being much more significant than actions and activities.  As long as one advanced affection and support, there could be great fluctuation in actual specific behaviors between happy, loving romantic partners.  Sternberg found that love is multidimensional and consists of passion, intimacy and commitment (Compton & Hoffman, 2013).  In the beginning of a relationship passion is highest, and commitment lowest.  Over time typically commitment grows while passion reduces.  Yet healthy, older individuals can have romantic, loving and sexually active relationships across their entire life span.

This author agrees with the research from the Gottman institute.  The most important factor in a love relationship is to attempt to be loving in manner, in tone, and in attitude.  The Gottman’s (Compton & Hoffman, 2013) teach couples to remain open and available to the other for bids for attention (small gestures of seeking attention).  They tell couples to spend time each day in appreciation of the other.  They encourage each to really get to know the desires of your significant others heart (love maps).  These intimate acts are accomplished through a personal willingness to be truthful and authentic, which builds a much greater feeling of positive intimacy and love.  Acting in opposite ways are destructive to the relationships.  For example, criticizing, correcting your partner in an ugly way, disregarding, minimizing, and devaluing, has disastrous effects.  These harmful behaviors reduce and sometimes eliminate positive intimacy and love (Compton & Hoffman, 2013).

Again, this author believes that the upmost care should be given to try to exhibit this loving demeanor at various times during the day.  One can be careful in the morning, how he or she greets the other, and throughout the day care can be taken to be loving, despite encountering daily stresses and difficult life events.  Establishing this culture of appreciation (Compton & Hoffman, 2013) does not mean that the partners can’t be “real” and can’t discuss hard choices, struggles and personal injustices.  It does mean that the manner these items are discussed and handled are important and are an intentional priority.

By practicing, this loving behavior and expression, most daily events do not “spill over” and “pile up” on the other partner.  Care, is taken to adjust tones, lower voices, and choose words that will not injure the other.  If this cannot be accomplished, then the partners agree to wait and table a discussion.  Mediation and mindfulness practices, spiritual interests, exercise, nutrition and balance are all factors that can also help couples maintain these loving practices (Karren, Smith, & Gordon, 2014).  The healthier the mind, body and brain of an individual, the easier it is to be present in the moment, aware of the needs of others, and attentive to oneself and how one impacts others

The Impact of Culture

The Gottman’s through their research have identified communication patterns that hurt relationships and decrease emotional intimacy.  Harsh set up (Compton & Hoffman, 2013) leads to negative reciprocity, meaning that one partner makes a stab at the other, and the other individual then continues the same downward spiral.  Also demanding and withdrawing patterns (Compton & Hoffman, 2013) injure intimacy.  These take the form of criticism from one partner, and a return of contempt from the other, leading to defensiveness and finally withdrawal.  The Gottman’s labeled it as so damaging, they called in one of the “four horseman of the apocalypse” referencing the end of times in the Bible.

Differences in culture, race, ethnicity, religion, political views, social groups, economic groups and personality of each partner, the decision to have children or not are all factors of significance and importance between couples (Sue & Sue, 2013).  However, these differences can be mitigated, negotiated, and overcome (Compton & Hoffman, 2013).  These differences may make your partner more attractive and of greater interest over your relationship.  You might consider it as an opportunity to develop a keen desire to continually “learn” about your partner.  This sustains and increases true emotional intimacy.  These differences do not have to be an ongoing source of conflict, frustration, stress and struggle.  Couples have choices in how to handle their differences.  Strong commitments to loyalty, courage, justice and generosity help couples overcome these special challenges (Compton & Hoffman, 2013).  Placing a high priority on personal growth, allows each partner will to look at his or her own desires, expectations, needs, or unconscious issues that might be impacting the relationship (Bradberry & Greaves, 2009).  These emotionally intelligent responses gives each partner the energy and fortitude to reflect upon what he or she can do to better cope. Again, it is not the actual differences that reduce emotional intimacy, it is the way these differences are viewed that causes the issue.

Emotional Well Being and Injurious Emotions

New research has clearly shows a link between psychological factors and well-being.  Psychological issues impact our immune system in quantifiable ways (Compton & Hoffman, 2013).  It proves people can influence their immune responses through their own emotions and cognitions.  Well planned psychological interventions can be used to make improvements in the mind, body and the immune system.  Individuals that report more positive feelings tend to be healthier.  Happier people perceive themselves as healthier, show more energy, exhibit many healthier behaviors (drink less alcohol) and have better coping skills.

Studies show that those who have achieved higher self-actualization report better health, again evidence reveals a strong link between being happier and sustaining healthier immune systems (Karren et al., 2014).  Meditation, yoga, positive self-talk and feedback can create higher personal congruence and a higher state of psychophysiological coherence (“Heart,” 2017) a better self-regulation of emotions.  This ability to regulate one’s thoughts, emotions and behaviors translates into better heart rate variability (HRV) which in turn advances positive emotions and feelings of connectedness.  Poor emotional control would have the opposite effect, causing poor HRV(“Heart,” 2017), feelings of detachment, incongruence, and a general state of feeling poorly.  The presence of negative emotions such as depression and anxiety is a predictor of overall poor health status (Compton & Hoffman, 2013).

This author is encouraged as the psychological research on love shows that true romantic connectedness is obtainable.  Through the extensive research of the Gottman’s, we can learn to sustain romantic intimacy throughout our entire lifespan, despite differences in culture and other challenges we face.  The way we approach our significant other, is within our personal control.  Contrary to what we might think, it is not money or status that achieves emotional intimacy. According to the research by the Gottman’s, it is our openness, our ability to “turn towards our partner” and our capacity to show lasting appreciation and interest over the years, that prove to be the defining element (Compton & Hoffman, 2013).  By decreasing negative emotions and poor emotional control, while learning to increase positive emotions and positive interactions we will only improve our romantic relationships.  These behaviors have also have the capacity to improve our overall well-being, physical health and our immune system (Karren et al., 2014).

“It is our openness, our ability to “turn towards our partner” and our capacity to show lasting appreciation and interest over the years, that prove to be the defining element in love and happy couples.”

Websites for Therapists by TherapyTribe — Up ↑