There has been increasingly widespread interest in the study of the variations of the beat to beat timing of the heart, known as heart rate variability (HRV). Fluctuations in heart rate have predictive importance (Kleiger, 2005), as they can be used to assess various pathological states or affirm wellness as heart rate responds dynamically to physiologic agitations umpired by the autonomic nervous system via efferent vagal and sympathetic nerve impulses. HRV can be used in clinical practice to help characterize a patient’s state in a real-time, non-invasive manner (Francesco et al., 2012). Hon and Lee first used it clinically in 1965 (Tayel & AlSaba, 2015), when they noticed that fetal distress was recognizable by changes in beat to beat variation of the fetal heart. They discovered that this heart rate variability change (Tayel & AlSaba, 2015) was present before there was a noticeable change in fetal heart rate (HR). 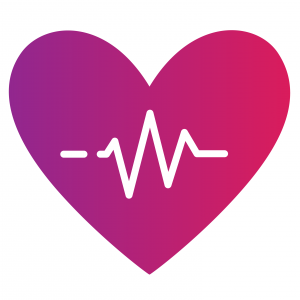 Patients with cardiovascular issues experience alterations in HRV (Tayel & AlSaba, 2015), therefore many researchers have concentrated on studying the characteristics of HRV that assist in predicting long term risk of deadly ventricular arrhythmias. HRV is also affected by growing older, gender and circadian rhythm (Sammito & Bockelmann, 2016). HRV increases at night and decreases significantly during the early morning hours (Sammito & Bockelmann, 2016). Aging has been linked to a decrease in efferent vagal tone, reduced beta-adrenergic responsiveness, and the regression of HRV (Tayel & AlSaba, 2015). Likewise, regular physical activity has been shown to improve HRV, thus improving vagal tone, and in turn slowing down the aging process (Eftekhari, Soleimani, & Mani, 2013).

HRV is widely used as a measure of the Autonomic Nervous System’s (ANS) status (Viljoen & Claassen, 2017). The plasticity of HRV is deemed to be a marker of psychological and physical well-being, and a predictor of both morbidity and mortality (Viljoen & Claassen, 2017).  HRV is influenced by many physiological factors and diseases, and awareness of these are central to the analysis and assessment of HRV in both scientific studies and in clinical practice (Sammito & Bockelmann, 2016).  At rest, the heart rate fluctuates cyclically. High frequency (HF) cyclic fluctuations are modulated by ventilation, changes in vagal outflow while slower fluctuations happen due to thermoregulation or baroreflexes (Kleiger, 2005).

Individuals have internal control systems that act in response to both internal and external stimuli, these systems maintain homeostasis (Francesco et al., 2012), consequently the human heart rate is not regular and varies in time, however this heart rate variability (HRV) is not random (Francesco et al., 2012). Circadian changes, the difference between night and day mark the greatest variations in heart rate, which are regulated by complex neurohormonal rhythms (Kleiger, 2005), exercise and emotions have serious effects on heart rate variability as well.

Biological systems are complex, they are built from a dynamic web of interconnected feedback loops (Francesco et al., 2012). These sophisticated networks are marked by interdependence, redundancy and multiple reactions of a myriad of organizational structures (Francesco et al., 2012). A decrease in HRV indicates a decrease in mortality, and a host of other diseases and illnesses go hand in hand with this decrease in HRV (Sammito & Bockelmann, 2016), similarly, an increase in HRV marks overall improved mortality, health, and functioning (Sammito & Bockelmann, 2016).

Short term HRV measurements were used in the 1970s as a marker of diabetic autonomic neuropathy (Tayel & AlSaba, 2015), from there it was found that patients with hypertension exhibited growing low-frequency power (LFP) and reduced circadian patterns. HRV has been comprehensively explored as a reliable tool to predict the risk of sudden death by cardiac arrest (Tayel & AlSaba, 2015). HRV was found to be influenced by many psychological, physiological, biological and environmental factors (Ginsburg, 2016), and was found to be sensitive and reactive to acute stress, as it marks both dynamic and accumulative load (Eftekhari, et al., 2013).

HRV is the measurement and analysis of the beat to beat (R-R) intervals or (NN) the gap in heart beats between two normal peaks (Sammito & Bockelmann, 2016). Progress in the development of technology has decreased the costs of recording, while analysis has increased the use of these instruments in clinical settings (Sammito & Bockelmann, 2016). There are two ways in which heart rate variability (HRV) is commonly assessed (Kleiger, 2005); it can be measured under controlled laboratory conditions or it can be determined from 24-hour ECG recordings made while subjects go about their regular activities. In short-term laboratory studies, researchers often viewed standard five-minute segments of heartbeat variability (Kleiger, 2005), consisting of two peaks during this time, called the interval power spectra. There would be a high frequency (HF) peak between 0.15 and 0.40 Hz and a low frequency (LF) peak between 0.04 and 0.15 Hz (Kleiger, 2005).

Studies have used measures of HRV to assist researchers in the exploration of mental disorders and responses to stress (Muaremi, et al., 2013). The classification of results from high and low-stress groups after presenting stress provoking stimulus to subjects, such as controlled workloads and time pressures, produced findings that accurately discriminated subjects under stress from subjects not under stress with 90% accuracy (Muaremi et al., 2013). Baroreflexes and sympathetic and parasympathetic efferent nerve traffic modulate the low-frequency power (Kleiger, 2005), it is this low-frequency power that seems to implicate the presence of depression, anxiety, and ADHD. Moreover, bipolar patients have been identified and characterized by HRV analysis through information obtained after wearing a sensorized t-shirt (Muaremi et al., 2013).

Biomarkers are alternative measures for studying disease and illness states, they identify problematic areas of physiological responses (Young & Benton, 2018). There has been increasing research regarding the use of HRV as a biomarker device. This increase in use is due to the fact that HRV indicates the complex interaction of the heart with a multitude of body systems, expressly the brain (Blase, Van, Cluitmans, & Vermetten, 2016). Individuals suffering from anxiety disorders, panic attacks, posttraumatic stress disorders, depressions along with other illness such as epilepsy, anorexia, and borderline personality disorders all have been shown to have lower HRV (Sammito & Bockelmann, 2016). Currently, HRV training is often used in conjunction with heart rate variability biofeedback, termed HRVB (Blase, et al., 2016) and other interventions (Young & Benton, 2018).

Chronic stress increases the risk of neuropsychiatric, cardiovascular and endocrine disorders (Pereira, Campos & Sousa, 2017). The practice of HRVB is the antidote. The susceptibility to chronic stress varies among individuals and changes across the lifespan. Chronic stress can be modulated through distinct molecular mechanisms. The autonomic nervous system is a determinant of stress resilience, manipulating it through biofeedback is useful to promote resilience (Pereira, et al., 2017). Daily practice of biofeedback sessions increases the amplitude of heart rate oscillations that improve emotional well-being (Mather & Thayer, 2018),thus it modulates chronic stress.

Blood flow timing enhances functional connectivity in brain networks associated with emotional regulation, slows oscillations in heart rate and has the capacity to strengthen brain network dynamics (Mather & Thayer, 2018).  Heart rate variability biofeedback (HRVB), is a non-invasive treatment in which patients are expected to self-regulate a physiological dysregulated vagal nerve (Blase et al., 2016). Researchers have found that the prefrontal regulatory regions are particularly responsive to these changes in heart rate oscillations (Mather & Thayer, 2018); this signifies the possibility that all mental illnesses that impact emotions, the brain, and specifically the pre-frontal cortex as being most responsive to the use of HRV.

This is revealed in the psychological, biological, immunological, and physiological responses as assessed in our body’s biomarkers, such as in heart rate variability. Thus, with proper holistic interventions, the biomarker, heart rate variability can be improved (Young & Benton, 2018), and in turn, the symptoms of depression, anxiety, and ADHD reduced.

Websites for Therapists by TherapyTribe — Up ↑